Seeing as how neither of us has been to many East Coast points of interest, we decided that we want to see and do as much of it as we can as long as we're living here. It's hard to believe I've been here for six months now, and already I've been down to Georgia, we've seen the Outer Banks, and now, we've been to DC! It was a great trip, full of spectacular sites. I'll post a few of our favorites so we can share them with you.


After we each made a list of the Top 5 places we wanted to visit in DC, Arlington Cemetery was at the top of mine. After battling construction, traffic, an interesting site in Richmond that included the freeway being shut down for two men in a pick-up truck to fill in some potholes during rush hour traffic, and some horrible directions that led us everywhere ELSE in Arlington, we made it just in time for the last changing of the guard that day. It was a surreal and wonderful moment - knowing that these guards have devoted their lives for this task. 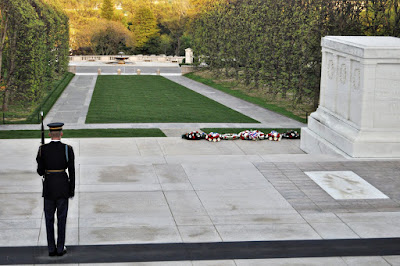 The next day, we made it to the Metro station and headed into DC. Already, I had the camera out and ready. 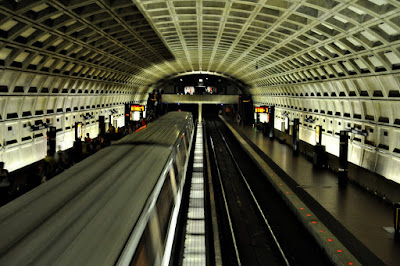 We had planned to walk around the National Mall and see the Washington Monument, the Lincoln Memorial, and the several other small memorials in the area before heading to the Smithsonian museums. What we didn't plan for was the 90 degree weather, the dust flying everywhere, and the miles and miles of walking and walking and...can you guess it? Yep, that's right: walking, that we had to do to get there. We estimated about five miles that first day, and it was five miles well worth it! We saw all the monuments, a glimpse of the White House, an amazing butterfly exhibit at the Museum of Natural History, among other things. 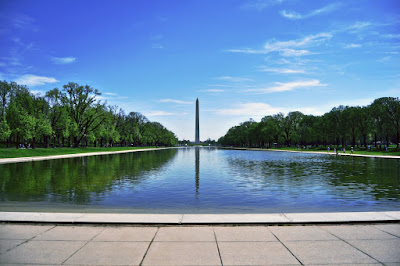 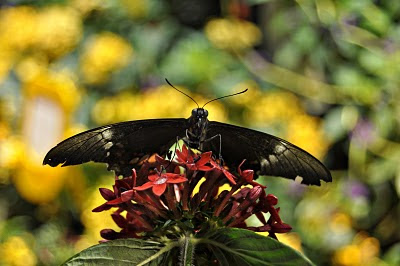 Around 6, we trudged back to the Metro station, headed back to the hotel, showered, and met our friends in Alexandria for an awesome Chinese dinner. After catching up with them, we drove back into DC and wandered around the mall, taking in the beauty of DC after dark. Seeing the monuments all lit up was second on my list and did not disappoint! 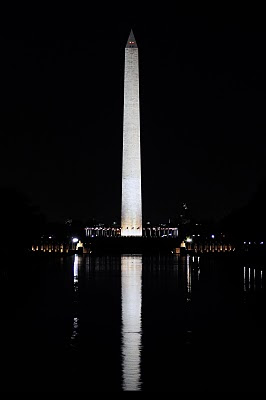 The next day, we awoke, tired but excited, for the next day. We started at Union Station, another of my list items, and then trekked from the Metro Station over to the Jefferson Memorial, excited to get one of the quintessential cherry-blossom-in-the-foreground-and-Jefferson-Memorial-in-the-background photos, only to find that all the cherry blossom festival activities were going strong, but the cherry blossoms were nowhere to be found. We settled for a nice walk along the tidal basin, through downtown DC, and a walking trip to a Starbucks! We relaxed there for a half hour, before heading back to the National Mall. From there, we split up, hoping to take in as much as possible on our second-to-last-day in the city. Ben headed to the Air and Space museum, while I strolled along the mall, snapping photos along the way. I visited the Museum of the American Indian, walked to the Capitol Building, and went into the Botanical Gardens. Another thing on my list was the Smithsonian Portrait Gallery. Since I didn't quite have the time to really explore it, it was a few quick shots of the courtyard and back to the Metro station to meet up with Ben. 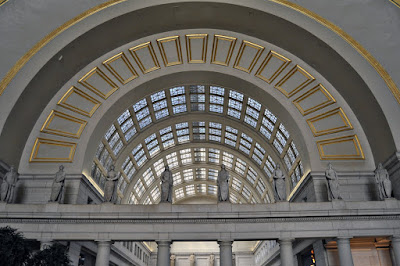 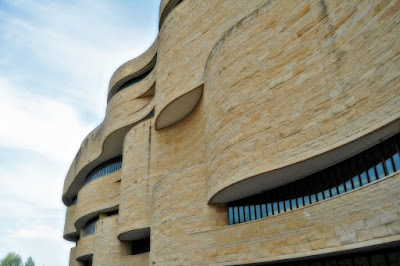 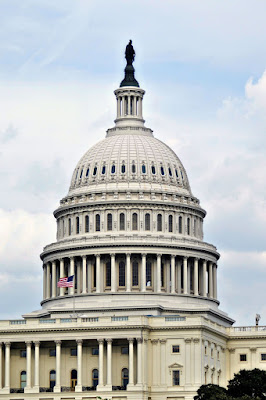 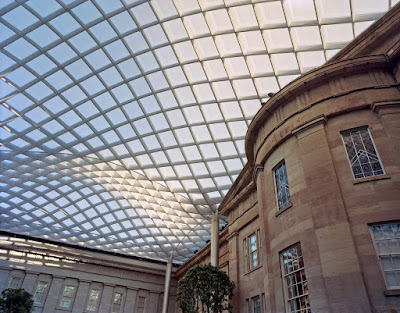 Our last day, we checked out the National Zoo and taste-tested our way through the college town of Adams Morgan. We saw an episode of Food Wars that battled out and crowned the king of jumbo pizza in DC. We visited both, and agreed that Pizza Mart was WAY better. 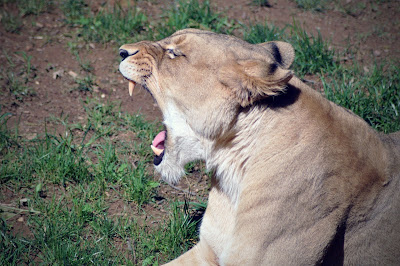 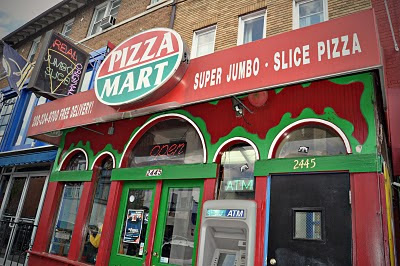