how i love thee

I just had another morning dose of how amazing Japan is, and it wouldn't fit in my facebook status update, so to my blog I fled.

Our garage door was broken. So this morning, I got on the phone with our realtor, who basically calls the utility places for us since most of them don't speak English. He let me know he would get in touch with the company who makes and fixes the garage doors and get back to me with an estimate of when they could come fix it.

There are about 6 inches of snow on the ground right now, so I didn't expect to hear back that they were coming for hours or even days. In NC, the snow would have meant that it'd be weeks before someone could come out and take a look at it, and that doesn't include the time that it would have taken to order parts and come back out to install them.

Five minutes later, he calls me back and lets me know that the garage door man is on his way and will be here shortly. Two minutes pass (I know I tend to exaggerate at times, but I swear this is two minutes to the tee) and the doorbell rings. It's the "garage man" and he is here to take a look at the door.

He fiddles around with it, figures out the problem, gets his tools and step ladder out of his car, and fixes it. Then he tests it out 5 or 6 times to ensure it works consistently. He proceeds to call our realtor to let him know it's fixed, passes the phone to me so our realtor can tell me that it's fixed, I pass the phone back and then we both bow and he's gone. The whole transaction took about 10 minutes, and if you've been lucky enough to see my video of how slow garage doors in Misawa take to open and close, you'll know that at least 7 minutes of that time was taken with the door opening and closing.

So from the time I decided to call our realtor to the time I sat down to write this blog, it took about a half hour.

the moral of the story

Yesterday, I read a fable to my students. Basically, it was about a crab and a lobster who are friends and about as different as could be. Lobster was laid back, outgoing, adventurous, and sometimes a little too excited about dangerous situations. Crab was a stickler for rules and preferred to lead a quiet, and sometimes boring, life. One day, Lobster convinces Crab to go for a boat ride. There is a storm approaching and Crab is very weary of going out in the boat. They end up going anyway and the boat sinks. Crab is terrified, and Lobster points out that they aren’t really in danger, since they are both sea creatures so drowning really isn’t a worry. The boat sinks, and as they take a leisurely walk along the ocean floor, Crab realizes that he had a great day full of adventure.

I asked the kids what the moral of the story was, and they all said something to the effect of making sure you’re careful when you go on a boat so you don’t drown.

While that is good information, I pointed out to them that the point of the story was that Crab had a good time when he left his comfort zone and had an adventure. We then had a class discussion about some of the amazing things they can do here that they won’t be able to do anywhere else. We talked about Japanese festivals and the cool restaurants they can eat at. They brought up how fun it is to talk with the locals here and how nice they are. They were excited about the salmon festival a few weeks back and Sapporo Ice Festival that is coming up in a few months. They were ecstatic to share some of the Japanese foods they have tried here that most American kids have never even heard of. It was a great conversation about stepping outside your comfort zone, and of course, being safe while doing so. We encouraged each other to go and try something new this week: whether it was something we had never done, a place to explore or an interesting food to try.

My new adventure was something that I had actually decided to do earlier that morning. On the way to work every day, we pass a mysterious bridge on the other side of the fence that marks where the Misawa Air Base land begins. This bridge is actually inside of two fences, belonging to some sort of “no man’s land” in between the main road on the base and the beach where military families can hang out and barbeque in the summer. Every day, we see cars driving on it and wonder how they got there, and where they are going. I told Ben that after school that day, we were going to find out.

When I got to school in the morning, I told one of our friends that we were going to explore the “mysterious road on the other side of the fence” and she let out a gasp, and then explained that she had always wanted to figure out how to get to that very same road. So a plan was set in motion to go on a courageous expedition (yes, we may have made it out to be a lot more exciting than it really was) to go find the road.

Two hours later, I read the fable to my kids, and was excited to be able to use a real-life example in our conversation. The kids were excited to hear about our findings, as most of them had seen the road and had never been on it.

School ended and we set out, with a vague google map and our iPhones to lead the way. I’m sure it would have been a lot more adventurous without the use of technology, but it gets dark here at 4:15 pm and we didn’t want to spend hours trying to figure out where it was and then not be able to see it because it was dark.

It took about 20 minutes to go around the base and the lake, and we started thinking that we must have gotten lost (which is very easy to do in a city with no street names and very little English) but we finally found a road that looked promising. As we drove over the mysterious bridge, we waved at all the cars on the base who were driving by on the other side of the fence. Then we took some pictures, admired the view of the lake, and then climbed back in the car to defrost and talk about how proud of ourselves we were for finding the mysterious road.

A little silly? Yes. But a great time was had by all. (And now, every time we pass the mysterious bridge, we know that we’ve been to the other side of the fence.) 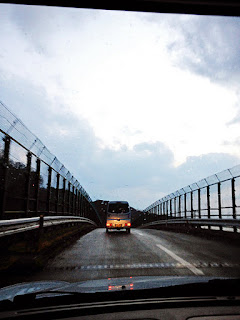 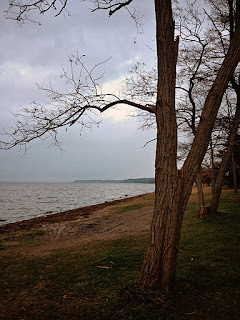 (left) The mysterious bridge and (right) Lake Ogawara from the beach.
Posted by Kari at 4:29 PM 4 comments:

Thanksgiving was an eventful day, and was different than any Thanksgiving we had ever had. Normally, we have all the family traditions that we have tried to upkeep even though we lived so far away. Parade in the morning, decorating the tree, watching “White Christmas,” and the whole turkey smorgasbord. This year, though, it seemed like none of those things were going to be in the mix, at least in the way they normally are. Our household goods aren’t due until January, so there were no decorations (and we were in the lodge, so we couldn’t get a tree even if we had the decorations to put on it.) The parade would be shown live…at 1 am our time. And who wants to cook a Thanksgiving dinner in a tiny kitchenette for two people?

So we basically made other plans.

The plans made our first Thanksgiving in Japan an amazing day, filled with new traditions and old ones.

We have some friends who have been in Japan for a long time. When I say long, I mean nearly 20 years. Needless to say, they know the ins and outs and are a wealth of information and great ideas for things to do around the area. We went with them, and some new friends as well, to the beach. While this may sound like a nice place to spend a Thanksgiving day, let me remind you that we live in the northernmost area of the main island in Japan. This means cold weather and snow for a good part of the year. That part of the year had started, so our beach trip was quite literally freezing. We arrived and hurried to bundle up in the massive amount of layers we brought with us. It was 0° C and snowing, though our awesome Swackett app said that it felt like -4° because of the wind chill. It was beautiful and brisk, and we were excited for a fun adventure.

We walked the beach with different purposes. Most of our friends had the purpose of looking for sea glass. The fishermen up here use the glass fishing balls, and they often wash ashore. Apparently the area we were in was a prime spot for finding these treasures. My purpose, though, was to find some great photo opps. (Does this come as a surprise to anyone??) We were all rewarded one way or another! Most of our friends ended up with sea glass, I ended up with some awesome pictures, and we all ended up having a great time.

Here are some of the pictures from Shipwreck Beach. By the way, these are real shipwrecks. 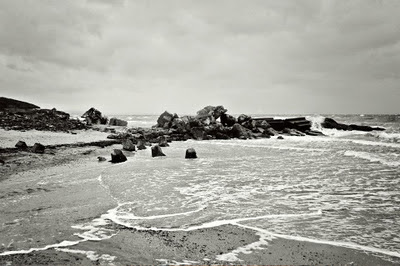 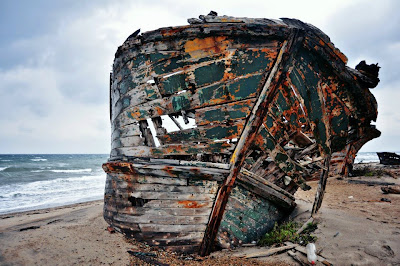 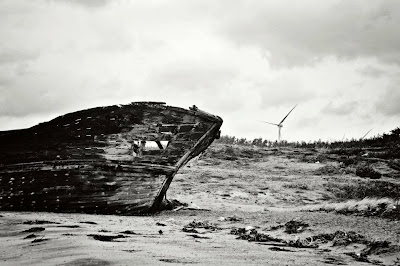 After Shipwreck Beach, we all felt that we needed a warm place to warm our body temperatures (and go to the bathroom!) so we met up at a local shop that sells tofu donuts. The donuts were amazing, the bakery was adorable, and we had our first experience with a traditional Japanese bathroom. 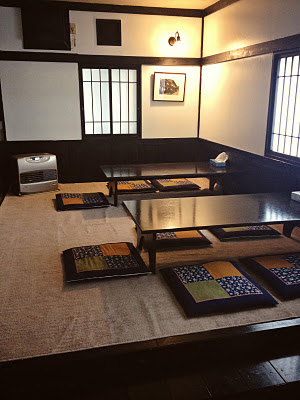 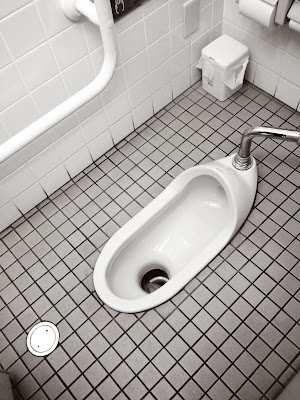 After our trip to the beach was over, we returned to Misawa to join our work associates at my principal's house for Thanksgiving. We had an excellent turkey dinner and more pie than one could even imagine. It was a warm, inviting event and we felt right at home with our new friends. One of our friends even brought her Yorkie, so we got to play with him and find a new friend for Seamus once he gets here. 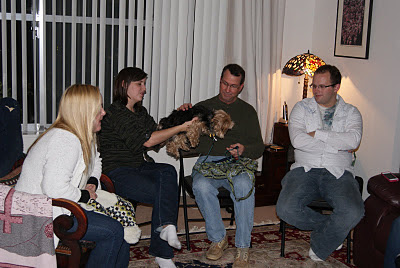 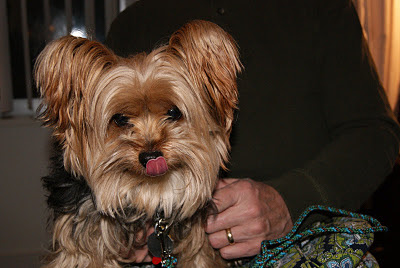 Later that night, I watched the parade, skyped with our families, and began my online Black Friday shopping! All in all, it was a great first Japanese Thanksgiving.
Posted by Kari at 2:57 PM No comments: