Golden Week is one of the most celebrated holiday times in Japan. Many schools and businesses close their doors for the entire week as everyone spends time outdoors with their family and friends. The week is made up of several holidays and festivals, some of which include the Emperor's birthday, Constitution Memorial Day, and Children's Day. In every park you see the fish flags flying and families picnicking.

Our first Golden Week in Japan was pink with all the newly-blossomed sakura trees populating the city. The week was also overcast and rainy for the most part, so we took full advantage of the few times the sun came out in full force.

One of these days happened to be a Saturday, so we started the morning off by visiting Statue of Liberty Park. We had visited this park earlier, but it was covered in about 20 feet of snow and was basically inaccessible. We took pictures of the statue from the parking lot and made our merry way. This time, the park was in full bloom and full of celebrating families. We hopped out and went to join in the fun. 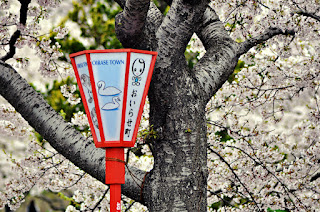 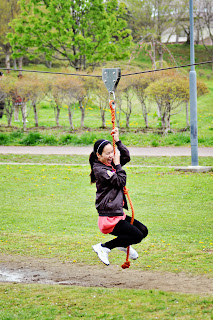 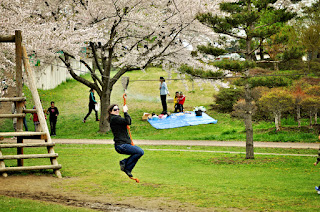 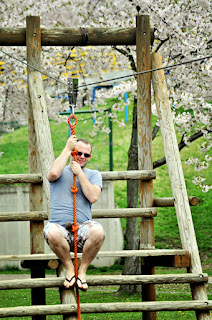 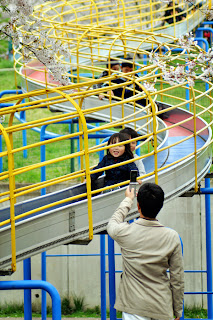 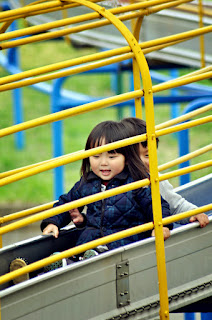 The park was quite a bit bigger than we had thought when we visited in the winter. (Twenty feet of snow cover will make just about anything look like a barren field!) The park had a pond and a mill, several sport fields, a playground, and of course, the Statue of Libery replica. 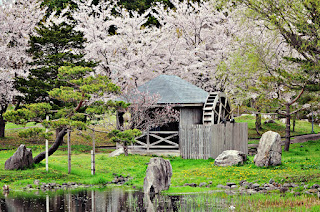 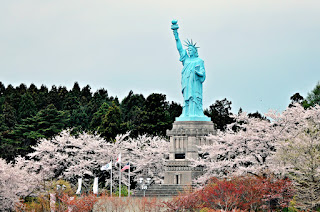 At the park, we watched and took part in some of the activities. Devon joined in on the group jump rope tournament and we all had fun wandering and watching the festivities. 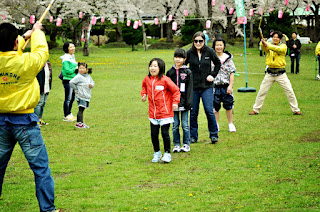 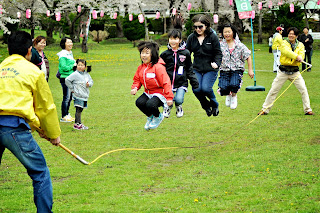 After the park we headed toward our next destination, which was the tulip festival in Karumai. We had heard excellent things about this festival and were excited to see all the brightly colored flowers. We arrived and were immediately taken in by the fields of flowers and the Holland-replicated working windmill. The whole event reminded Ben and I of Apple Hill in the fall. It was beautifully reminiscent and we were excited to be a part of it. 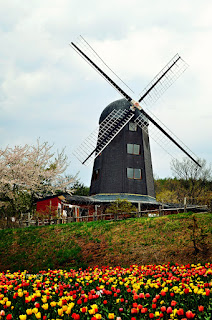 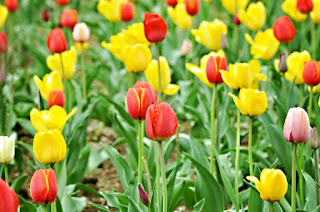 Also on the grounds was a huge, red suspension bridge. It looked quite a bit like a walking-bridge version of San Francisco's Golden Gate Bridge, and we were excited to cross it and see the gorge below. 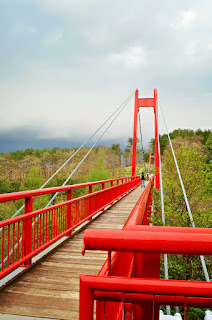 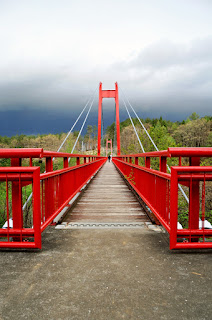 As we were on our way back across the bridge, Devon and I noticed that the sky was quickly turning black. This does not mean dark. The sky was literally turning black before our eyes, and we quickly ran to get off the bridge. I'm glad we did, because the lightning and thunder started within seconds of hitting solid ground. We decided to make our way back up toward the car in case it started to rain. Well, we didn't quite make it. The bridge was a good five to six minutes away from the car, and three minutes after leaving the bridge, the sky exploded. 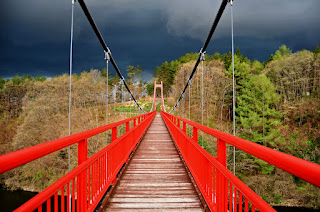 We got rain, hail, fog, and crazy wind simultaneously. We ran for it and found shelter on the wraparound porch outside the restroom facilities with about 25 other people. Another minute later and the entire parking lot was flooding because of the huge downpour and typhoon-strength winds. This was definitely the fastest-forming storms I've ever encountered, and definitely one of the coolest!


We waited under the overhang for another fifteen minutes, until there seemed to be a break in the weather. All 25 people ran toward their cars, hoping to make it before the hail and rain started up again. We made it most of the way there before it started again, and were soaked and full of adrenaline by the time we piled into the car.

After that, we decided to call it a day so we drove back to the house, changed into warm pj's, and watched movies while drinking hot tea.

Welcome to spring in Misawa!!
Posted by Kari at 4:29 AM No comments: