One thing about moving to Japan that we've been excited to experience is the festivals. Winter and Spring seem to be the times with the most festivals up here in the Tohoku region, so we haven't really gotten to experience any thus yet. We just missed the Chrysanthemum festival (it was the weekend we arrived so we were beyond jetlagged) and the salmon festival just happened to be the same day we had already planned to go to Aomori to visit the aquarium. Then came Christmas, which is more of a western holiday; and New Year's, which Japanese families spend at home. We are extremely excited about the upcoming Snow Lantern Festival at Hirosaki, but it's not until next month! Our time in Misawa has been relatively festival-less. So when we heard about a Ramen festival, we were excited!
Now, some have asked if events (or even school) is delayed when there is snow on the ground. In Misawa, nothing is cancelled unless there is a fluke dump of snow that measures in several feet. So even though we have received 24 inches of snow over the last 48 hours, nothing was keeping us indoors!
We bundled up and drove (carefully) to American Park. We got pretty good parking and only had to walk a few blocks to get there. On the way, we had some fun playing in the snow. At some places, it was up to our knees! 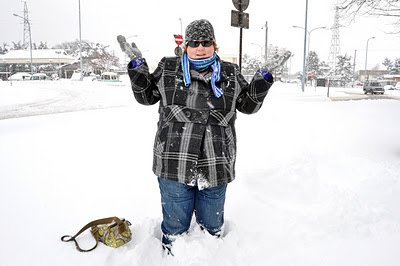 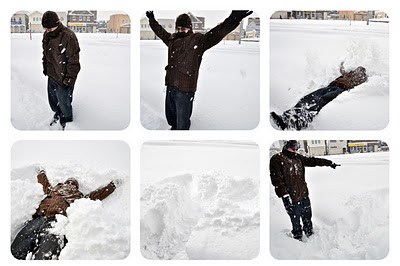 We got to the festival and were excited to see several ramen booths open. For those of you who have never had real ramen, there is pretty much nothing better to warm you up on a cold day. We love trying new ramen and this was the perfect place to find it! 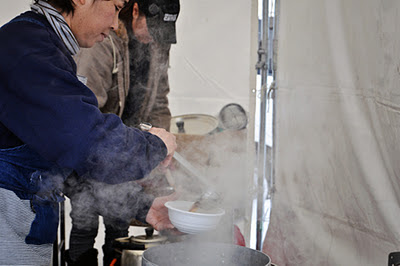 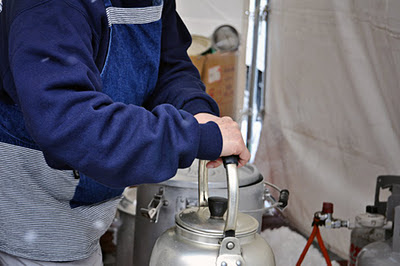 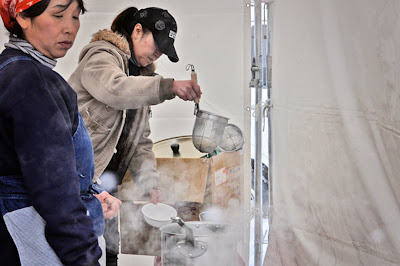 We wandered around, watching people make ramen and eat ramen and try to stay warm in the freezing snow. It was a great time to people-watch! People huddled around to keep warm, and others congregated around the space heaters that were set up. 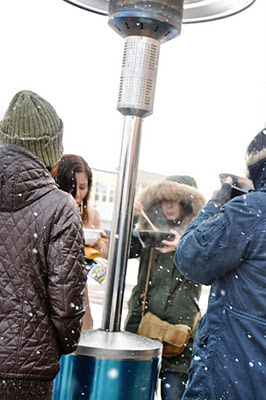 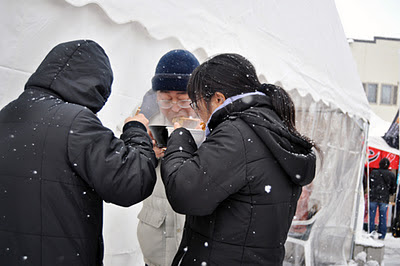 Finally, we chose our ramen. I went to a booth that made yakisoba (mmmm) and then put it in broth to make yakisoba ramen, which is something I'd never seen before. 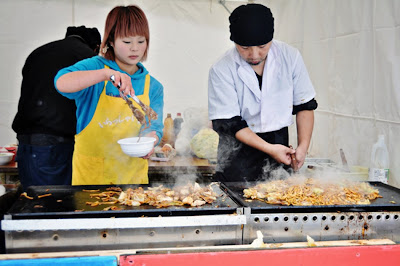 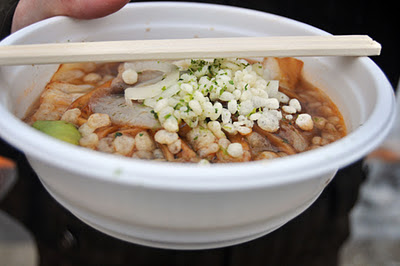 We crowded around the space heater and enjoyed our ramen. The local news crew came by to cover the event and there was even a magician who had shows to entertain the kids. 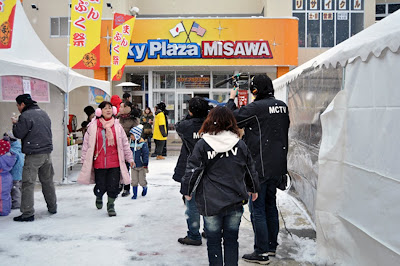 While this was no Sapporo Snow Festival or anything as huge as that, we had a lot of fun watching and participating in the Japanese love of all things ramen.
Posted by Kari at 10:54 PM 1 comment:

You know I'm all about taking pictures...I've done a few 365 projects (take a picture every day for a year). This year I'm going to participate in mcp's Project 12. Basically there is a monthly theme and you take a photo to match the theme. With the 365, it was more about a daily account of activities to go through a year of the life. This time, I'll try to focus more on capturing those moments, but I'll be more cognisant of style rather than just snapping a picture for each day.

The first month's category was "Resolution." My big resolution this year is to explore. We live in an amazing new place, but it's often easy to get caught up in life and not take the time to find new adventures to go on. I want to take advantage of living here and, while we certainly won't do "everything there is to do" around here this year, I want to make the most of our experiences.

I also want to make sure I'm continually seeking to learn more about the Japanese language and culture while I'm here. We are learning new words and phrases every day, and I would love to be able to go a temple or museum and be able to read the history of how it came to be.

My photo this month capture both of these goals. On New Year's Day, we had enjoyed a nice, relaxing winter break and decided we wanted to go explore. We found a beautiful park near an onsen, and spent quite a while walking around in the snow and taking pictures. It was a great way to start off the new year.

The park had some amazing statues, gates, and a whole bunch of other Japanese touches that set it apart from a typical American park.

I've always admired what Asian culture does with water - so my photo for the month is this: 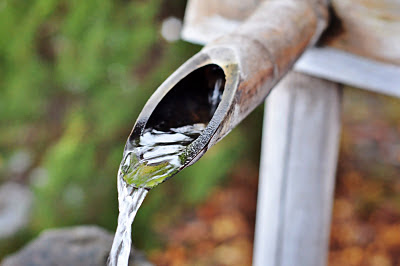