let's get ready for some baseball!

A few months ago, I wrote a blog post about our harrowing (ok, it wasn't really harrowing, but it was pretty entertaining) journey to purchase baseball tickets in Tokyo for the opening series of the MLB 2012 season. (It's here if you want to read that part to catch up.)

After the baseball tickets were purchased, we navigated Japanese websites to book seats on the overnight bus, called hotels in Tokyo to make reservations, and made another trip to that special machine at the Lawson's to get the Studio Ghibli tickets. When that was done, there was really nothing to do but...wait.

School was a distraction, as we had Terra Nova testing and Read Across America week. The few days before our trip seemed to sneak up on us!

And then finally, we were on the bus, headed for Tokyo.

The bus was just another testimony to the amazingness that is Japan. It was incredibly efficient and just about as comfortable as a bus with upright seats could be. We all slept at least a few hours, and around 6 am, we were dropped off at Shinjuku Station. 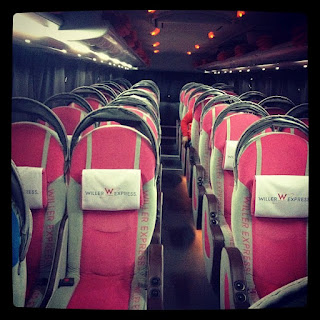 I could write a whole blog post (or several) about the station itself. If we saw nothing in Tokyo but this station, it still would have been worth it. The busiest train station in the world, it's estimated that more than 3 million people pass through at least one of its terminals daily. It's at least a square kilometer in length and has more than 200 entrances and exits. It's got 29 platforms and railway tracks spanning 5 different levels (there is a level several floors underground that has walkways leading to city blocks that are several kilometers away), an entire mall, and at least three different Starbuck's coffee shops. Knowing this now, I wouldn't have felt bad that we seemed to wander around the station for about 45 minutes before figuring out where we needed to go. We finally found our way, put our luggage into lockers near the terminal we'd need to use to get to our hotel later in the day, and headed out the south exit to find what we hoped would be a Starbuck's. After the long night and the crazy morning, we all needed to take a breather, charge our phones/gps's, and relax for a while. Between our broken Japanese and the locals' broken English, we were able to find it. We sat for nearly an hour, enjoying our mochas and Japanese pastries, charging our phones, and people watching. It was a great hour of relaxation. 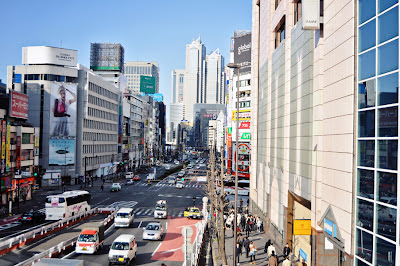 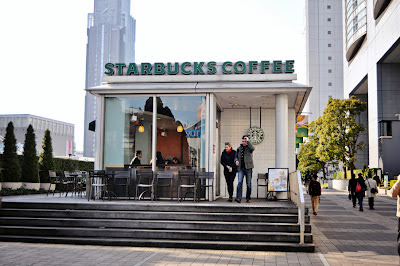 After our time at the Starbucks, we meandered through Shinjuku as we found our way to Shinjuku Gyoen, the Imperial Gardens. On our way, we passed a Krispy Kreme (which none of us had seen since leaving the states), the tracks entering the station, and several great Japanese neighborhoods. 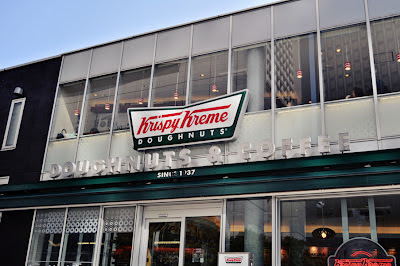 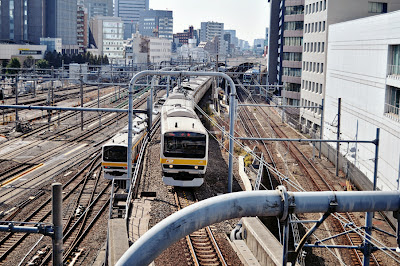 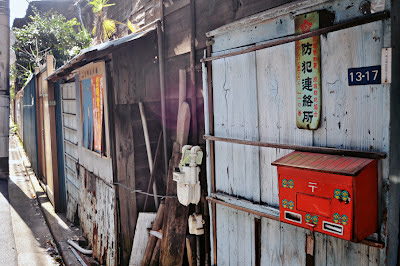 The garden was about a mile away from the station. We arrived, paid the admission, and entered. As we wandered around, we noticed that a few of the sakura trees had blossomed! We had been hoping to see the blossoms while in Tokyo, and we were on the front end of the two week span. Several others had crowded around the few trees, but we were able to get in and get some pictures while we were there! I can't imagine how beautiful the park would have been in the height of the sakura season! 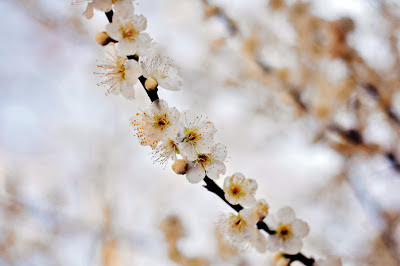 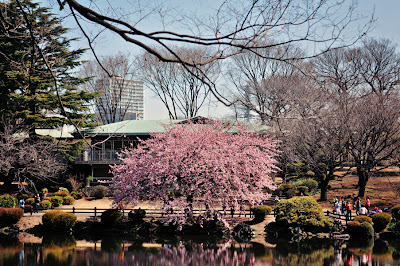 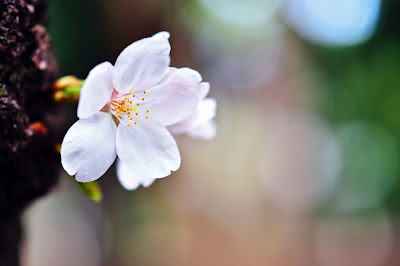 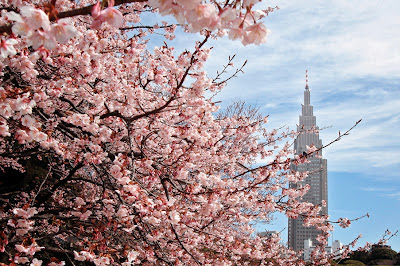 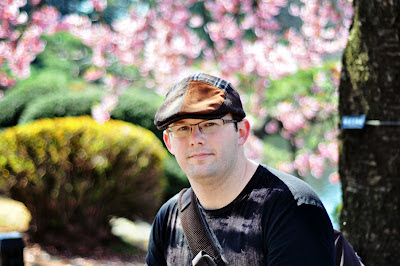 One of the things we had planned to do if there was time was to visit Yokota Air Base. Yokota has a Chili 's and we had been craving some good American food for a few months. After we finished at Shinjuku Gyoen, we walked to the nearest train station and rode to Fussa. We then took a taxi to the Yokota gate and walked to Chili's. It was about an hour one-way, and completely worth the detour! We feasted on ribs and enchilada soup and reminisced about our favorite restaurants in the states. 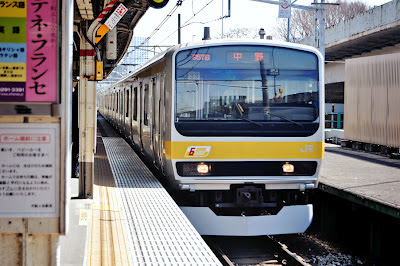 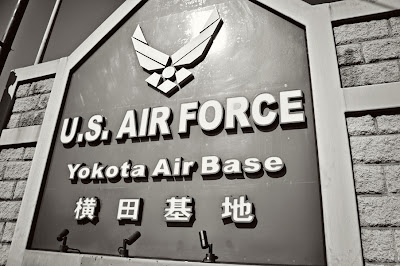 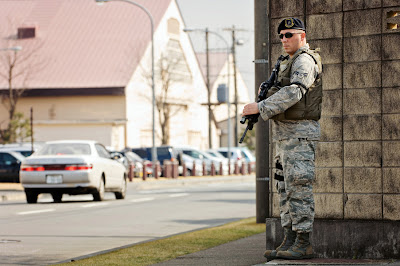 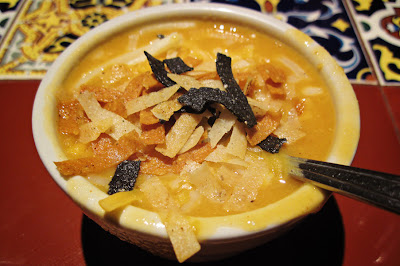 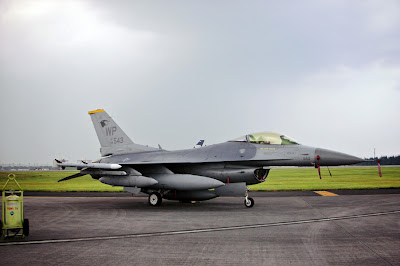 After traveling back to Shinjuku from Yokota, we stopped at the lockers to retrieve our luggage and then caught another train toward our hotel. The directions weren't perfect, but we found the hotel and checked in. We were exhausted and napped for a half hour before heading toward Tokyo Dome City for the baseball game. 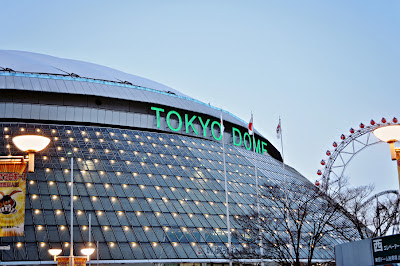 The stadium holds 47,000 people and there were no empty seats. I kept hoping throughout the game that we wouldn't experience an earthquake while there! The Mariners played the A's and we had a great time showing the locals the American way to cheer for your team. They got a kick out of us and we soon had our neighbors clapping along with the cheers and songs. We lost the game, but everyone was a good sport about it. Then, it was time to leave. The 47,000 members of the crowd stood up and left simultaneously, and yet it was the most organized departure from a stadium I've ever encountered. No pushing or shoving, and we were out within a few minutes. After leaving the stadium, we found a British pub for after-game snacks. We finally made it back to the hotel for some much-needed sleep around 11 pm, not believing how much we accomplished in one day! 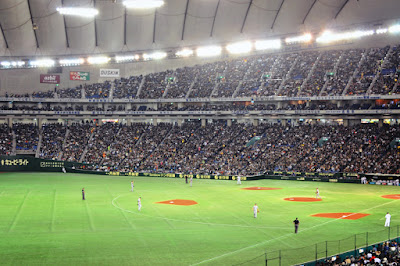 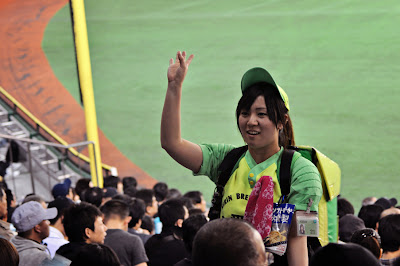 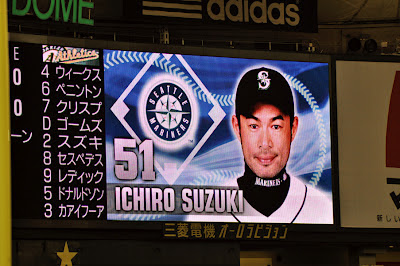 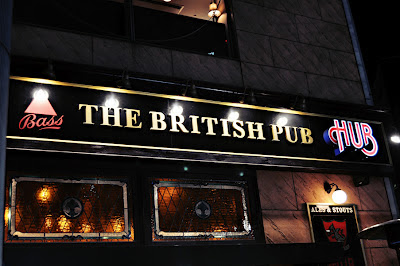