Day 2 of our trip to Tokyo was just as productive as the first day. We left the hotel in the morning for Shinjuku Station. We navigated through several stations to head to the Studio Ghibli Museum. We were excited to visit the museum, as we had all watched and enjoyed several of the Ghibli movies. The museum held amazing movie memorabilia, including original artwork from the movies. There was a giant Totoro at the ticket office, a Laputa robot from "Castle in the Sky" on the roof, and a Ghibli short film only viewable at the museum. Their gift shop was great, and we bought a puzzle and frame of a scene from "Nausicaa: Valley of the Wind," Ben's favorite Ghibli movie. 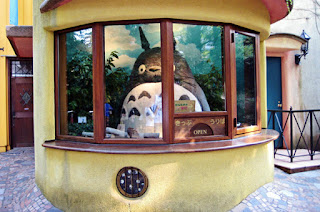 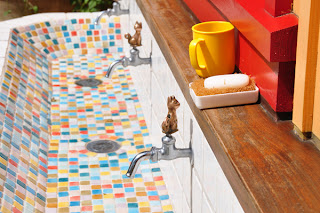 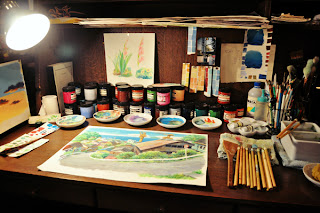 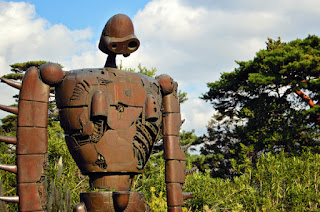 After a few hours at the museum, we walked through the nearby park to see more sakura blossoms. It was beautiful, though windy. 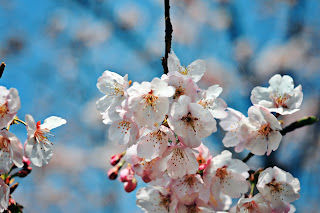 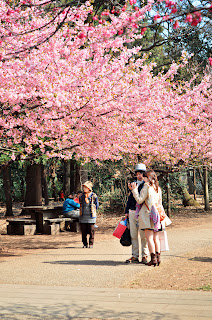 We trekked back to the stations, dropped our goodies off at the hotel, and then headed back to the station to head to Ninja Akasaka. This was one of the things I was most looking forward to about our trip to Tokyo. The restaurant was dark and unassuming from the outside, as if it didn't want to be seen. Very ninja!

We went in, and the hostess explained that we'd have to trek to the ninja village to go through our "ninja training." She yelled something in Japanese and out of a secret door came our ninja leader. She led us through a dark labyrinth that included pits of lava and being chased by other ninjas. We finally made it to the ninja camp and were led into our dining area. This was an enclosed tatami room where we were introduced to our ninja server. We then experienced some of the most amazing food we'd ever seen and a ninja magic show that blew our minds. 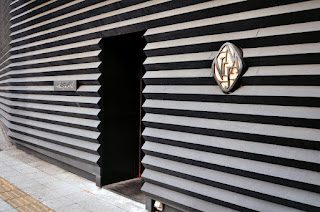 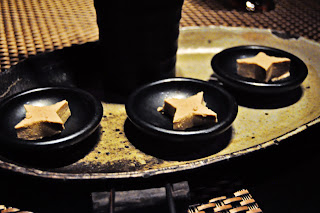 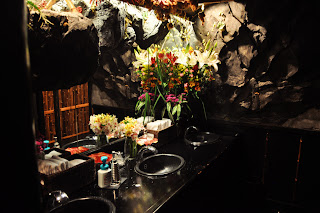 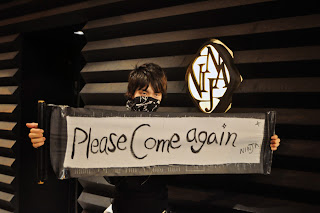 After Ninja Akasaka, we wandered around the area of the restaurant. We found an awesome car dealership that sold Bugatti Veyrons! I'd never seen one in person and was ecstatic. Then we saw one of Tokyo's car rotators in action! A woman drove her car into the little garage area, got out of the car, turned the rotator on, drove it into the car elevator, and then pushed in the number for her spot. The garage did everything else! She found it amusing that all three of us had our phones out to video tape it! 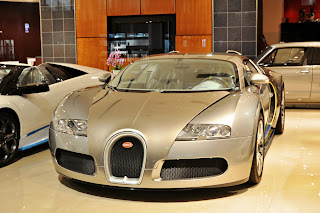 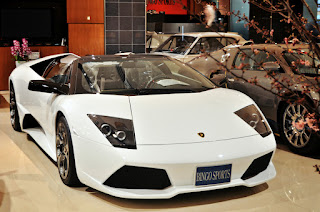 Our last adventure of the night was visiting Roppongi Hills. I wanted to visit the area at night to photograph the huge spider sculpture and the Mori Building. It was a nice night for walking, and we had all the pent-up energy after sitting at the Ninja restaurant for several hours! 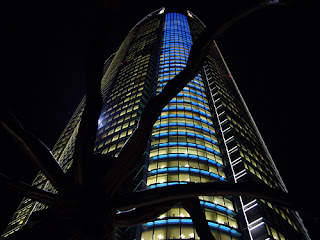 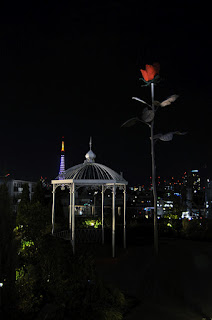 We made it back to the hotel around midnight and sunk into bed, exhausted.
Posted by Kari at 9:15 PM

It is...it was a bit creepy but looked really cool as a silhouette against the building! It was actually creepier during the day because we could see the details etched into the metal.